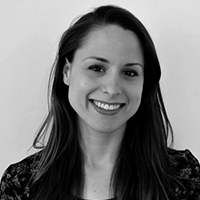 Robyn Caplan is a Researcher at Data & Society, and a doctoral candidate at Rutgers University’s School of Communication and Information Studies under the supervision of Professor Philip Napoli. Her most recent research explores how the concept of the ‘public interest’ in media policy has been reconfigured through algorithmic and data-driven technologies currently underpinning news media production, consumption, and distribution. Previously she was a Fellow at the GovLab at NYU, as well as at the School of Communication and Information at Rutgers, and a 2015 Milton Wolf Emerging Scholar for the Center for Global Communication Studies at UPenn, Annenberg. Robyn received her MA from NYU in Media, Culture and Communication, and her B.Sc from the University of Toronto.

Recent concerns about the rise of “fake news” have spurred debates about what constitutes “good” or “bad” information, and who gets to define these standards. Although platforms like Google, Facebook, Twitter (and others) are reluctant to be the “arbiters of truth,” their role as the de-facto distribution system for all news media has made them powerful entities in deciding what content should be prioritized over their networks–or removed altogether. In this talk, Robyn Caplan explores how platforms, and the incentives underpinning their algorithmic and data-driven systems, already shape how news media content is produced, classified, distributed, and amplified online. Her talk will explore how tech utopian discourse and legal regimes established in the 1990s, led to the current moment, where the law has positioned platform companies as reluctant governors of speech spanning multiple jurisdictions and media formats. Yet, the power platforms hold is increasingly contested. As Caplan shows, governments and professional associations are challenging platforms’ disavowal of their own power, but even these interventions face limitations as platform power continues to grow. 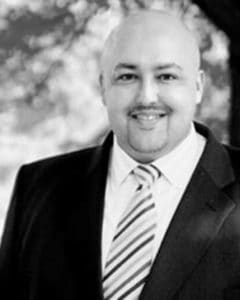 Siva Vaidhyanathan is the Robertson Professor of Media Studies and director of the Center for Media and Citizenship at the University of Virginia.

He is the author of Intellectual Property: A Very Short Introduction from Oxford University Press, published in 2017, and The Googlization of Everything — and Why We Should Worry from the University of California Press, published in 2011. He has written two previous books: Copyrights and Copywrongs: The Rise of Intellectual Property and How it Threatens Creativity (New York University Press, 2001) and The Anarchist in the Library: How the Clash between Freedom and Control is Hacking the Real World and Crashing the System (Basic Books, 2004). He also co-edited (with Carolyn Thomas) the collection, Rewiring the Nation: The Place of Technology in American Studies (Johns Hopkins University Press, 2007).

Vaidhyanathan directs the Center for Media and Citizenship at the University of Virginia, which produces a television show, a radio program, several podcasts, and the Virginia Quarterly Review magazine. He has appeared in an episode of The Daily Show with Jon Stewart to discuss early social network services. Vaidhyanathan has appeared in several documentary films, including Terms and Conditions May Apply (2013), Inside the Mind of Google (2009), and Freedom of Expression (2007). In 2016 Vaidhyanathan played a prominent role in the higher-education documentary, Starving the Beast. Vaidhyanathan was portrayed as a character on stage at the Public Theater in New York City in a play called Privacy (2016). Vaidhyanathan serves on the board of the Digital Public Library of America.

Vaidhyanathan has written for many periodicals, including The New York Times, Bloomberg View, American Scholar, Dissent, The Chronicle of Higher Education, The New York Times Magazine, Slate.com, BookForum, Columbia Journalism Review, Washington Post, The Guardian, Esquire.com, The Virginia Quarterly Review, The New York Times Book Review, and The Nation. He is a frequent contributor to public radio programs. And he has appeared on news programs on BBC, CNN, NBC, CNBC, MSNBC, and ABC.

After five years as a professional journalist, he earned a Ph.D. in American Studies from the University of Texas at Austin. Vaidhyanathan has also taught at Wesleyan University, the University of Wisconsin at Madison, Columbia University, New York University, McMaster University, and the University of Amsterdam. He is a fellow at the New York Institute for the Humanities and a Faculty Associate of the Berkman Center for Internet and Society at Harvard University. He was born and raised in Buffalo, New York and resides in Charlottesville, Virginia.

If you wanted to build a machine that would distribute propaganda to millions of people, distract them from important issues, energize hatred and bigotry, erode social trust, undermine respectable journalism, foster doubts about science, and engage in massive surveillance all at once, you would make something a lot like Facebook. Of course, none of that was part of the plan. This is the story of how Facebook devolved from an innocent social site hacked together by Harvard students into a force that, while it may make personal life just a little more pleasurable, makes democracy a lot more challenging. It’s an account of the hubris of good intentions, a missionary spirit, and an ideology that sees computer code as the universal solvent for all human problems. And it’s an indictment of how “social media” has fostered the deterioration of democratic and intellectual culture around the world. Facebook grew out of an ideological commitment to data-driven decision making and logical thinking. Its culture is explicitly cosmopolitan and tolerant of difference and dissent. Both its market orientation and its labor force are global. Facebook also indulges a strong missionary bent, one that preaches the power of connectivity and the spread of knowledge to empower people to change their lives for the better. No company better represents the dream of a fully connected planet “sharing” words, ideas, images, and plans. No company has better leveraged those ideas into wealth and influence. No company has contributed more to the global collapse of basic tenets of deliberation and democracy. How did the mission go so wrong? Facebook’s leaders believed that good intentions were enough, and that blind faith in technology could generate a better world.

danah boyd is the founder and president of Data & Society, a Principal Researcher at Microsoft, and a Visiting Professor at New York University. Her research is focused on making certain that society has a nuanced understanding of the relationship between technology and society, especially as issues of inequity and bias emerge. She is the author of “It’s Complicated: The Social Lives of Networked Teens” and has authored or co-authored numerous books, articles, and essays. She is a 2011 Young Global Leader of the World Economic Forum, a Trustee of the National Museum of the American Indian, and a Director of Crisis Text Line. Originally trained in computer science before retraining under anthropologists, danah has a Ph.D. from the University of California at Berkeley’s School of Information.

The Messy Reality of Algorithmic Culture

Data-driven and algorithmic systems increasingly underpin many decision-making systems, shaping where law enforcement are stationed and what news you are shown on social media. The design of these systems is inscribed with organizational and cultural values. Often, these systems depend on the behavior of everyday people, who may not act as expected. Meanwhile, adversarial actors also seek to manipulate the data upon which these systems are built for personal, political, and economic reasons. In this talk, danah will unpack some of the unique cultural challenges presented by “big data” and machine learning, raising critical questions about fairness and accountability. She will argue that we need to develop more sophisticated ways of thinking about technology before jumping to hype and fear.